2017 | Hotspot in Akutan and Port Moller 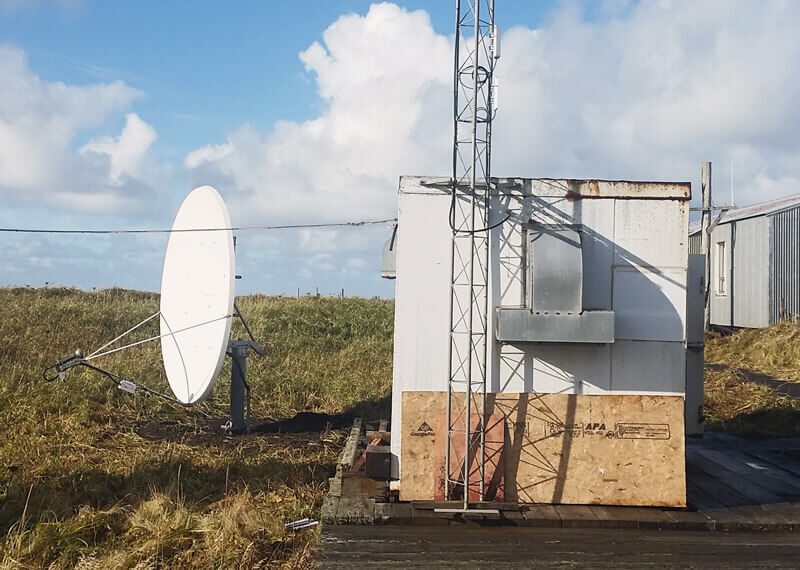 In late 2017, we installed 2 remote sites. One in Akutan and one in Port Moller, Alaska. Each site was outfitted with a 3.8m C-Band antenna and a local Wi-Fi distribution network connected to the OptimERA-Hotspot.

Port Moller is a small, seasonal fish camp on the Alaskan Peninsula. We secured a hybrid contract to install the OptimERA-Hotspot service in Port Moller where the client paid for the equipment, but only paid for the data they used and we took care of the rest, including making internet available to their crew.

It took four days and four people to install the Port Moller network. This included travel, wiring all 10 or so bunkhouses with the OptimERA-Hotspot service and creating a wireless distribution network to tie everything back to the Core network. We had local help, which in rural Alaska is how it gets done. You can plan for everything, but at the end of the day, local talent and local resources get the job done.

Akutan was ready for our return. With about 14 days left before Christmas, we deployed our new and improved OptimERA-Hotspot service. First at the Trident Seafoods Processing facility where our equipment was colocated and then in the community where access to internet service had been extremely limited.

It took us ten days with three people to wire and install the entire processing facility including the satellite antenna.

We ran about 10,000 ft of cable, configured 100 radios, installed the satellite network, and had people online four days before Christmas. Because we are who we are, we gave service away during the first few weeks.

We came back after the first of the year and completed the installations in the local community. Since then, we have tried to be part of the local community, providing data cards to students to help raise money for education and donating service during COVID.

A major issue to delivering a unified service over high-cost GEO satellite service was the data replication needed to sync accounts across the network. To overcome this, after a brainstorming session with the team, Jester created a data replication system that was lightweight and efficient enough to run over the connection. To date this has come in handy multiple times when dealing with data replication over lossy and high latency connections.